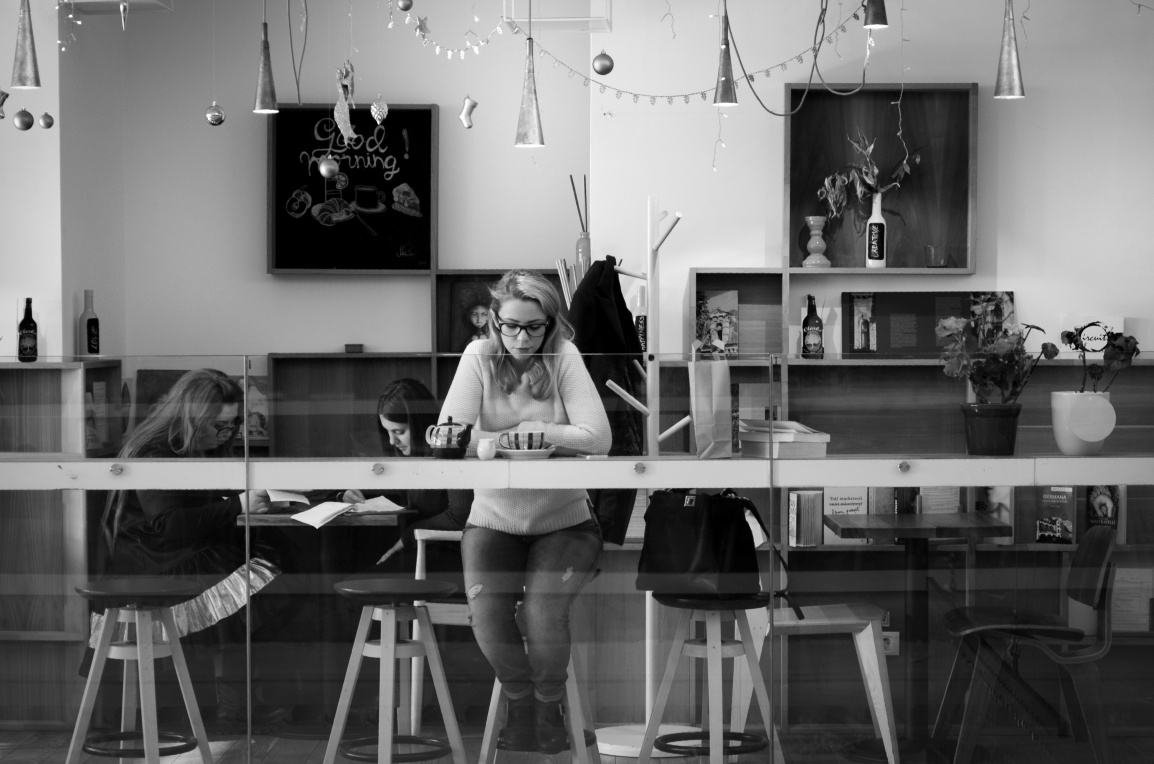 In 2016, if I am not wrong, I visited a bookstore from Bucharest — the place you’ll always find me; surprinsing, I am not on the streets taking photos. I was drinking a tea and reading the book that I just bought when I saw on the other side of the building a girl drinking a tea. From instinct the first thing I wanted to do was to take a photo but then I thought is better and fairer to go and ask her permission to photograph her. Shy, she agreed. I returned at my table and photographed her then I went back to her and showed her what I did. She liked the photo. Even if she did not use a lot of words I saw the joy in her eyes, on her face. I gave her my name, she gave me hers. We became friends in the virtual world. When I got home I edited the photo then I sent it to that girl. At my request she allowed me to put her photo on my profile. I did share the photo here in to romember (ii) but I did not present the photo individually as I wanted. A year later I “disappeared” from social media — I disconnected my account “for a while” and later I simply took the decision to delete it. I disconntected myself from that deceptive world therefore I interrupted all connections I had with all those people called virtual friends, known or unknown.

Sometimes, real friends become simple virtual friends; vice versa is also possible. In the end, I suppose, all that what matters is that you know where you stand.

With my bad memory, today I cannot remember the name of that girl I photographed three years ago; all I know from her is that she is from Timisoara but this detail is not enough if someday I want to find her. She told me “if you ever come in Timisoara write me so I can show you the city”. If tomorrow I decide to go in Timisoara I do not know how could I contact her but who knows maybe by an accident I will just find her again not on the streets of Timisoara she wanted to show me but in a nice bookstore drinking a cup of tea while I’ll read from a new book from the first or the last chapter.

She is that kind of girl that suits so perfectly in my project called Who’s that girl?!

Photography View all posts by alinastamboala